Make a Card in 10 Minutes 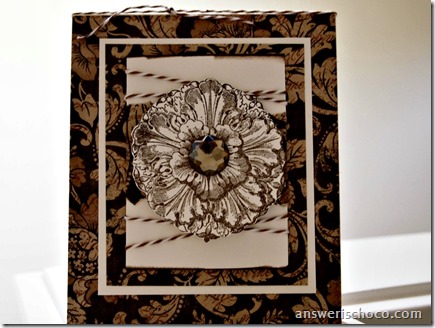 Sharing a quick card idea , based on a card I needed to make this weekend. Start to finish, maybe 10 minutes and involved two pieces of paper!
For this card I used:
This card is sized a little differently than most I make. Cut cardstock lengthwise 6 inches. Score in the middle for card dimension 5.5 x 6.
Cover with scrapbook paper, then layer cardstock and scrapbook paper  panels as shown. Edge smallest cream panel with ink. 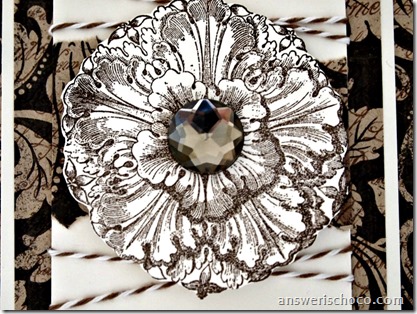 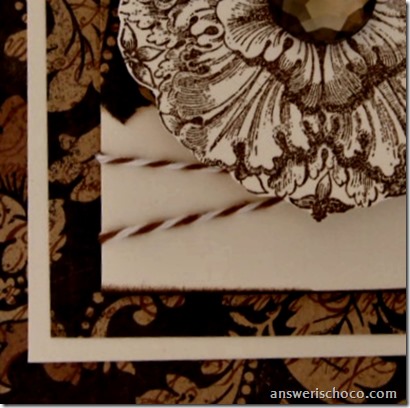 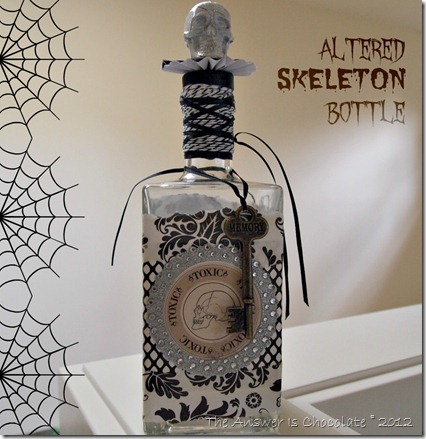 I’m always excited when Mr. Chocolate decides to try a new adult beverage because he always chooses stuff that comes in the coolest bottles and eventually they’ll be mine all mine mwaaaaaaaaahhhhhh.

I had fun last year making “Pick Your Poison” altered bottles, that I wanted to make another one.
I started with this empty bottle: 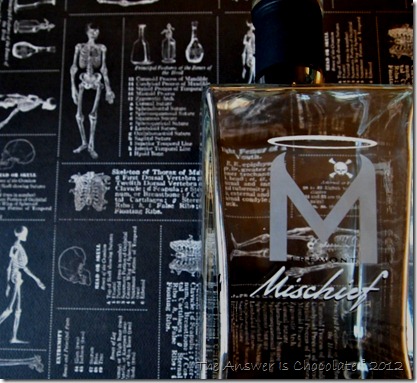 I was going to use the paper you see underneath it then I decided to use this paper instead: 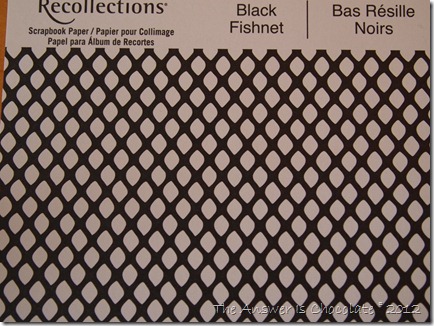 Fishnet! Yes, fishnet paper. I thought it screamed Halloween. Measured around my bottle, cut the paper and applied to the bottle with Matte finish Mod Podge, then tore some strips of black and white damask paper and slapped that on with the MP. 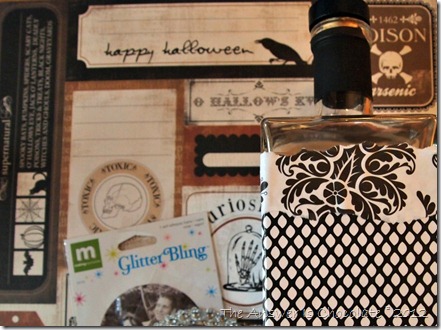 Once that was dry, I cut out a circle from the All Hallow’s Eve scrapbook paper shown here, applied it to the bottle with Antique Matte Mod Podge, then applied a rhinestone circle sticker. 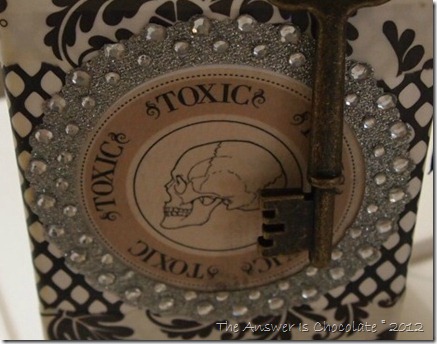 I had a skeleton head left over from my coffin boxes and decided it would make a great bottle topper. First I wrapped the bottle neck with black and white baker’s twine, then kind of zig zag wraped black ribbon on top of that: 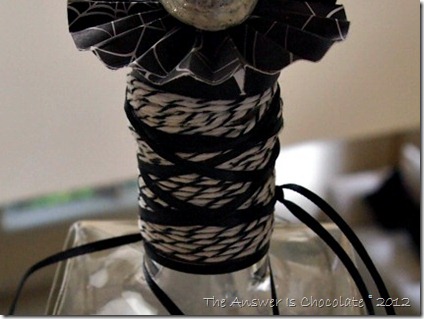 I also had some spider web paper left over from my coffin boxes so I made a pleated pinwheel to make a collar for Mr. Skully Head. 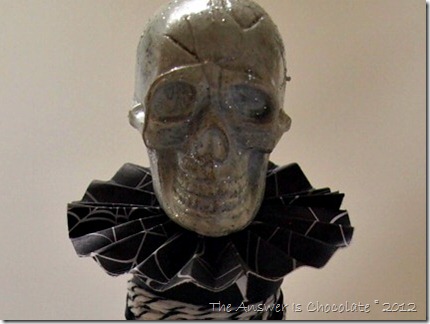 Carrying on my propensity to pun, I added a key from a package of Tim Holtz keys…a Skeleton Key .I crack me up. 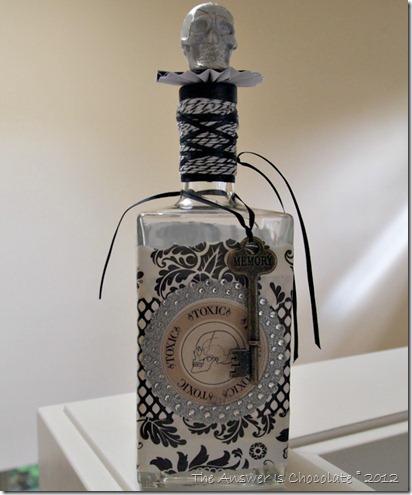 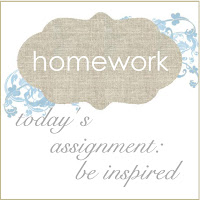 Posted by Carol, The Answer Is Chocolate at Saturday, September 29, 2012 7 comments:

Summer Fun With a GIVEAWAY from Pick Your Plum!

I have a fun giveaway for you today! If you haven’t heard of Pick Your Plum, you need to know about them!

They offer daily specials on popular crafting, fashion, baking, and home decor goodies at a wonderful discount . The thing is, you have to act FAST because once they’re gone, they’re gone.

The lovely folks at PYP are giving one of my readers the opportunity to win $25 worth of goodies from them!
Some of their past offerings : 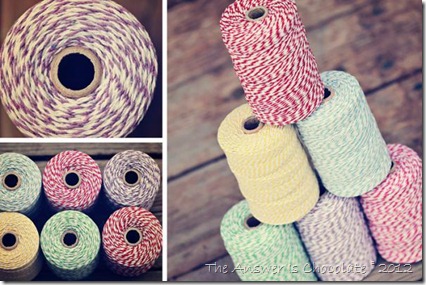 I ordered this baker’s twine when they had it and LOVE it.  Plus they ship so darned fast! 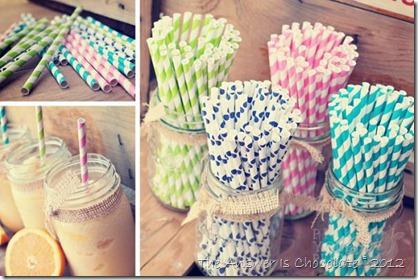 I’m definitely ordering paper straws next time I see them! 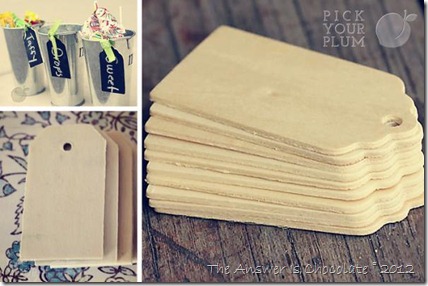 Likewise these cute wooden tags!  Your box won’t necessarily include these items but just to give you an idea of the fun stuff they carry and you never know!

They post their daily specials on Facebook so if you don’t already “like” them, you want to so you don’t miss out.  Likewise you can sign up to have a daily email sent to you.

Here’s how you can enter to win:


The giveaway will remain open through Saturday 7/21 with the winner announced on Sunday 7/22. Good luck!!

Disclosure: This is a sponsored post by Pick Your Plum. All opinions expressed are mine.
Posted by Carol, The Answer Is Chocolate at Tuesday, July 10, 2012 4 comments: