PicMonkey, I Think I Love You!

In fact, I know I do. I try basically every free photo editing program I come across and have not really been loyal to one. But I think that’s going to change with PicMonkey. If you’re lamenting the loss of Picnik, lament no more!

We recently took a day trip to Port Townsend WA, a city north of Seattle which is on the National Register of Historic Places. As you can imagine there are lots of old buildings and I had fun taking pictures of several.

I had even more fun playing around with them in PicMonkey! 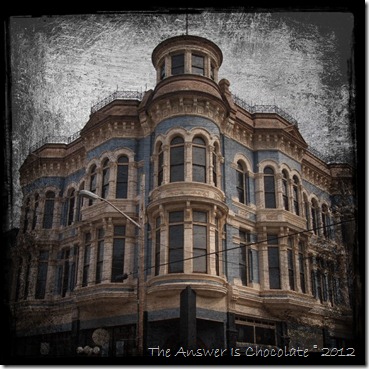 I used an effect called “Smudge” on this one and a film strip edge. Here’s the untouched pic: 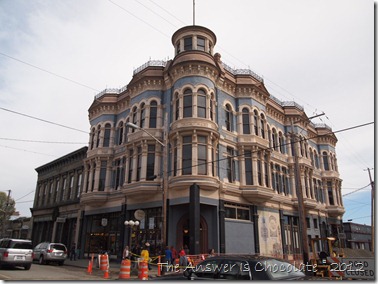 I cropped out all of the construction junk and then "smudged" it. 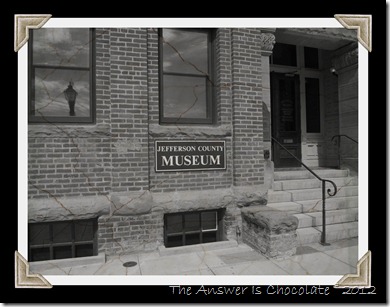 This one is the Jefferson County Museum which I converted to black and white, applied an effect called “Paint”, added photo corners and changed the background. Here’s the before: 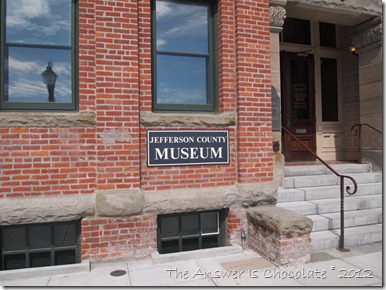 I have a thing for old doors. Don’t know what it is…they just fascinate me. These I used an effect called Daguerreotype to mimic one of the original photographic techniques: 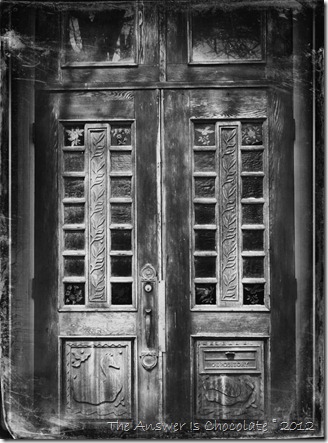 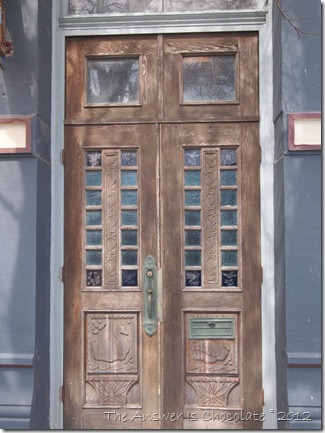 You don’t need to register for PicMonkey. You can just choose a picture and have at it. You can add text, embellishments, frames etc. This could be VERY dangerous!
Posted by Carol, The Answer Is Chocolate at Wednesday, May 02, 2012

After Picnik left us high and dry I started using iPiccy.com, also a free site with no registration.

These are so fun, Carol! I love PicMonkey, too...it's really easy to use and so creative!

Oh! You've totally convinced me to give it a go. I usually plonk my photos on and really should try to take some time with the editing.

Me too, me too! Even more than I loved Picnik .. go figure. Picassa left me frustrated. Aviary? (you can edit again from within Flickr) is a waste of time ... they have one font and one font only. Picmonkey and I are destined to be best friends :)

wow they look terrific am going to have a go at this, thanks for the info. Annette x

I've been hearing a lot about PicMonkey lately. I think I am going to have to go check it out now :) I got to visit Port Townsend and it is a very pretty place. Wish I had taken more pictures and gotten more time to spend there.