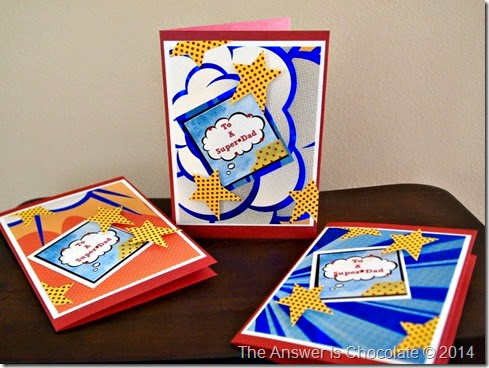 I’ve been on a paper diet lately, resisting the temptations of all the paper stacks calling my name. However, I couldn’t resist one stack I saw at Michaels…the Comic Heroes stack from Recollections. 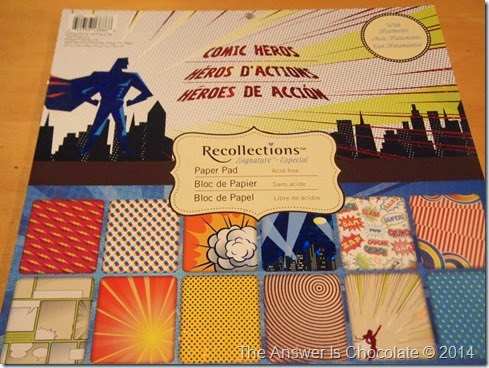 SInce College Boy is a self described comic geek, it went without saying that this had to be part of my collection. Then I started thinking about Father’s Day cards and what a perfect match!
Supplies Needed: For the card focal , I created an image in PicMonkey and then printed on plain white cardstock. I thought the could shaped comic bubble worked with the papers. Trimmed, matted with black and then again with another scrap of cardstock. 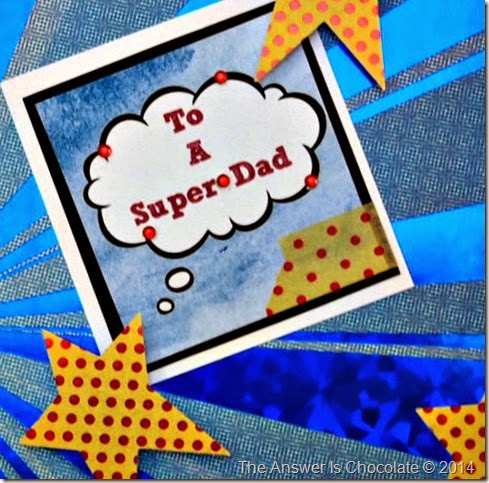 The papers are so detailed that I didn’t need to embellish a lot. I punched stars from another sheet from the stack. 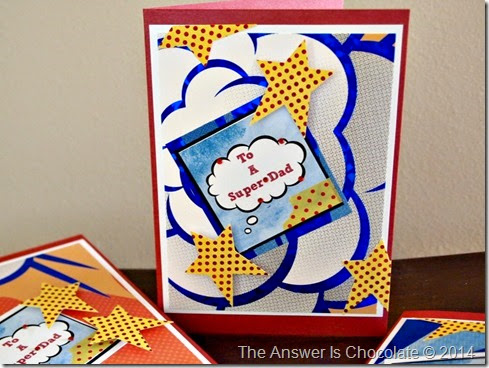 I had some washi tape that coordinated with the paper I used for the stars and reminded me of the dots you often see in comics.  I used foam dots to adhere some of the stars and others I trimmed and laid flat with tape.

To finish, I added a few tiny red self adhesive rhinestones around the cloud bubble.

So bright and fun and KEWL!!! Perfect for a hip young dad as well as an any-age dad. I love them!

Thank you very much for this site and all the information filled. I find it very interesting and I recommend it to everyone!
Good luck to you. Friendly