I first started decorating for Thanksgiving when my son was in pre-school. We were in a store right after Halloween and the Christmas stuff was up and he said “What about Thanksgiving?” and then went on to opine about how Thanksgiving was getting short changed and having a very strong opinion about that. I understood I wasn’t going to hear the end of it if I didn’t decorate especially since "Mr. Too Smart For His Own Good and My Sanity" also pointed out that I had no excuse since I made all that crafty stuff. At. Four. Years. Old.


What’s that got to do with this post? Who knows. I just thought I’d share some of my Thanksgiving décor to which I added some last minute ( like 30 minutes before leaving to go see a movie last minute) easy leaves I made to hang on some curly willow I keep on my mantle. 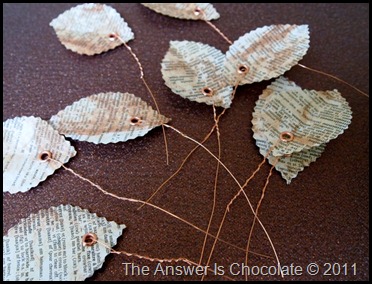 I just cut some leaf shapes freehand from some dictionary pages; smudged some distress inks ( Ranger) over them ( actually distressed the paper first, then cut the shapes with a decorative edge scissors) added copper eyelets and twisted some copper wire on. 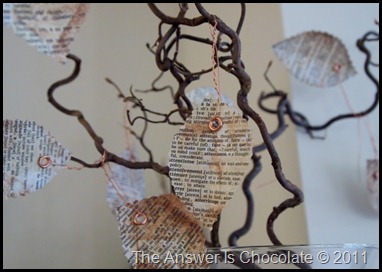 This sits in a vase on my mantle that I switch out seasonally. ( Dollar store vase and candlestick) . 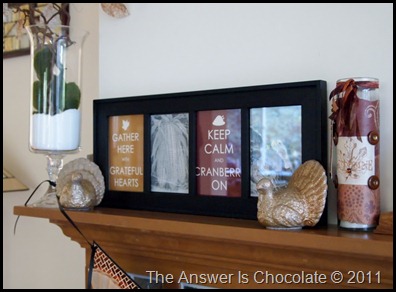 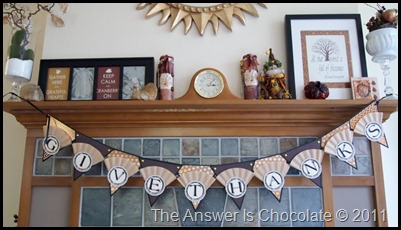 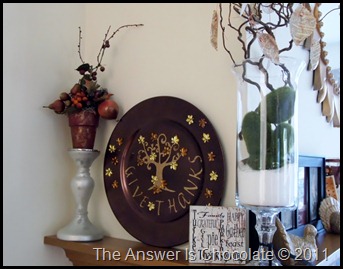 I left the tulle I draped over a table in my living room for Halloween along with a couple of glass pumpkins and added some Thanksgiving accents: 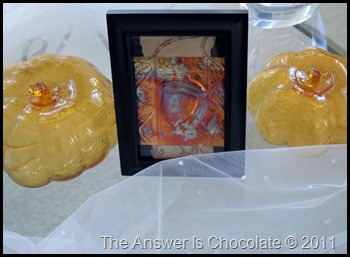 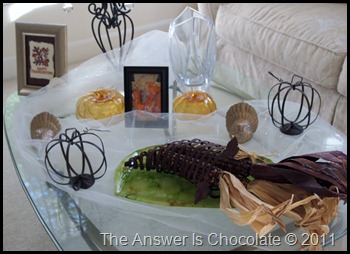 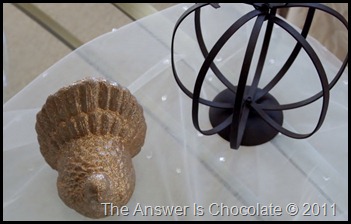 One of the turkey’s I made over this year 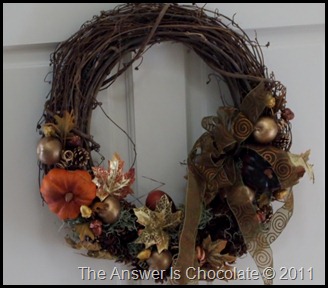 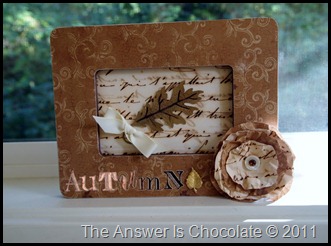 "Mr. Smarty Pants Four Year Old" is now a Freshman in College and coming home for Thanksgiving in 9 days ( not that I’m counting) so I made a little extra something for his room: 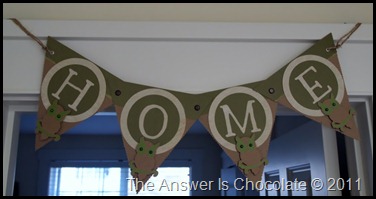 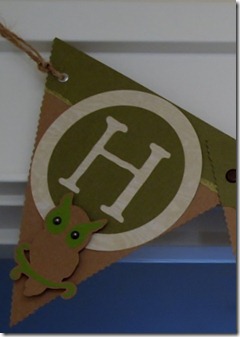 Cut the pennant shapes old school ( a ruler!) but the rest using my Cricut Expression ( Doodletype and Sentimentals carts) and chose an owl accent since they’re so wise and smart…like a certain former four year old I know.

Posted by Carol, The Answer Is Chocolate at Sunday, November 13, 2011

Wow some wonderful dec's and your turkeys are wonderful, clever you. xx

The leaves are sooo pretty! I love the copper eyelets with copper wire - perfect fall color!

I love all of your decor, Carol! How special is your son going to feel when he gets home for Thanksgiving?? You rock!

oooohhh...I love those leaves! What a great way to use up some eyelets!! Gotta love smarty pants kids!!! =)

I am inspired...because I only have my Thanksgiving frame up! Beautiful decor. I love making things old school!

Oh yeah...Enjoy your son being home!

Such cute and clever crafty ideas! I gotta tell you, though, the name of your blog is great. New follower and you will def go on my blog list!