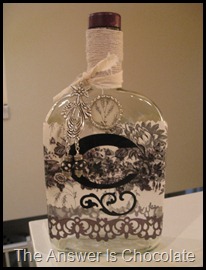 Most of the time I like upcycling things to use for for something like storage. But sometimes the shape of an item just intrigues me and I want to play with  it like a blank canvas. Bottles for instance. Like this one: 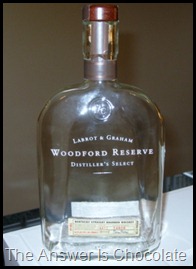 I loved the shape which is kind of square and flat. The writing is painted / etched on so I covered the bottle with some of the contact paper I’ve been having fun with from Dollar Tree. I also had a pack of K&Co scrapbook borders called “Flora and Fauna” . These are vellum and somewhat transparent. I layered one of the borders over the contact paper and another on the bottle itself: 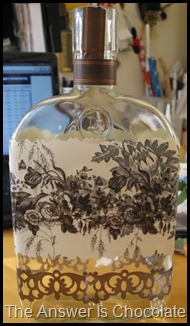 I didn’t feel like scraping the label from the neck of the bottle so I covered it with this cotton twine I got from Dollar Tree: 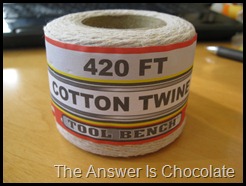 I had a vinyl monogram that I picked up at JoAnn’s on clearance a while ago for like $.25 and that went on the front. The bottle also had a seal that was part of the glass that I wanted to cover up so I punched a piece of the contact paper and put it in a flattened bottle cap which I then covered in Diamond Glaze:

Finished the whole thing with a pendant thingy from the jewelry section ( also one of those poking around the clearance bin finds) to which I added some beads and tied to the neck with a scrap of torn muslin: 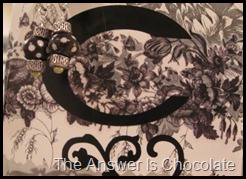 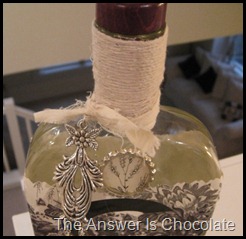 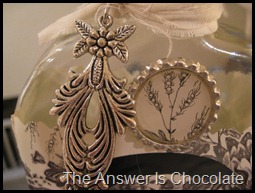 While function is nice, sometimes so is just looking at something pretty. I hope this is that. 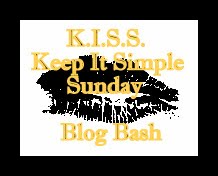 OMG I love this. You have been rocking the altered items lately Girl! Fantastic!

Fabulous!!! I've been wanting to make some of these!! Great inspiration.

This is so pretty! I love the vintage look the twine gives the bottle. And the layering of everything else is great!

This is so cool and I can't believe you made that medallion thing with a flatten bottle cap. Brilliant.

I like the shape of the bottle too. Great rehab!! Pun intended!! ;)

I love this Carol! The layers all come together beautifully. Don't you love Diamond Glaze?

This is so gorgeous and thank you for explaining. Annette x

I was just looking at glassware the other day. This would be a perfect way to decorate them!

So pretty! That's so funny.... I bought twine from the dollar store today to wrap some wine bottles in, as well!

I'm your newest follower! Stop by my blog sometime to check out my giveaways currently going and to follow me back! ;)

What a pretty bottle Carol!!! You are just the queen of taking ordinary things and making them beautiful!!
I love the little way you wrapped the neck and the little charm hanging from it!
Thanks for linking this up too! :)

Simone @ Doberman's by the Sea said...

Another great project of yours! Cheers

I love the idea of the diamond glaze in the bottle cap. I've tried to apply it thickly to other things, but it always ends up cracking - but I think the bottle cap would give it enough stability that it wouldn't! AWESOME!

You started with good bones and ended up with this gorgeous bottle. Very, very nice! I like the cotton twine wrapped around the neck. Great job!

this is so cute!! Love all the enhancements you did with this :)
I like bottles and things that are just pretty too. Thanks for sharing this at Transformations and Treasures!