OK I'm a little out of control and Mr. Chocolate is afraid I'm going to hang a banner on him. But  since I was compelled to buy both packages of those Jolee's snowflake stickers I used for my Vintage-y Music-y ornaments, I couldn't just let them sit there right? 'Course not. So what surface wasn't yet adorned with a banner? A mirror in our bedroom! And since it came from the great Barn o Pottery, I decided to do a PB-esque banner.

To the craft cave! Oh did I mention I've been to Starbucks? Cut out the letters to spell PEACE on my Cricut using a metallic pewter cardstock. Cut out ovals using the same cart ( Plantin Schoolbook) from a vintage cream cardstock. Cut out slightly bigger ovals from white. Ran the white ovals through: 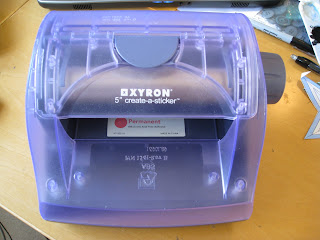 my 5" XYRON. This is a very versatile size XYRON if you're looking for something to put on your Christmas list. Glued the letters to the cream ovals using this which is part of the superfantabulous Elmer's/XACTO giveaway I won from Craft ENVy. It's a double sided glue pen with one side for wet bonding and the other for dry bonding! Oooh la la. 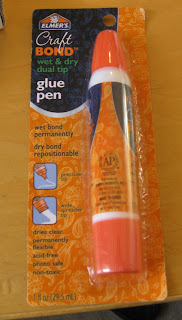 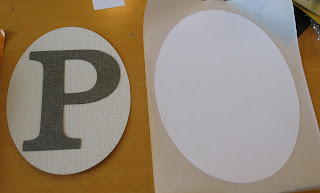 Pulled the backing off the bigger ovals and stuck the smaller, lettered ovals on, then added one of the snowflake stickers to each letter:. You'll have a sticky edge left. I poured silver glitter on that, then attached to a cream ribbon using glue dots:

And here it is strung across our  mirror: 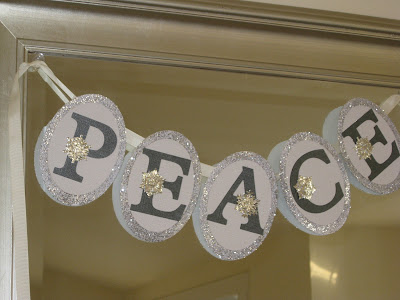 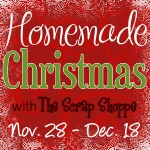 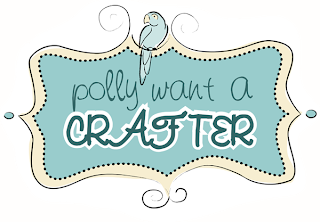 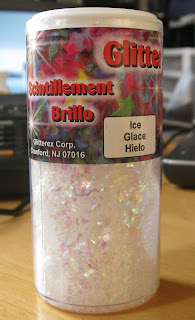 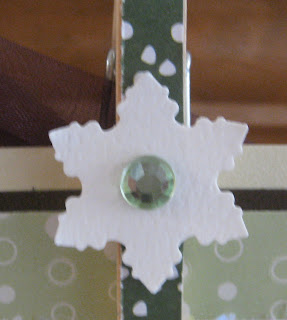 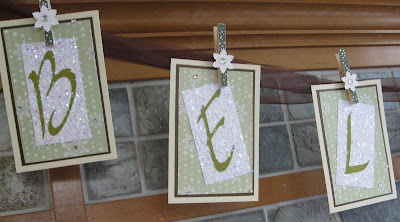 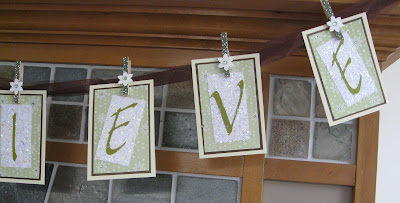