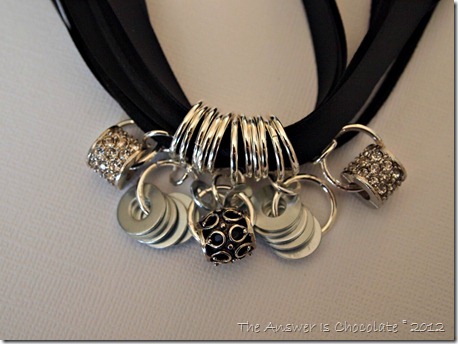 Sometimes the idea for something comes when you aren’t trying so hard to think of one. At least that’s true for me. I am one of those people who likes scrounging around in the clearance section of places like Michaels which is what prompted this project. I found this pre-made ribbon and cord necklace by Bead Landing for $1.99! 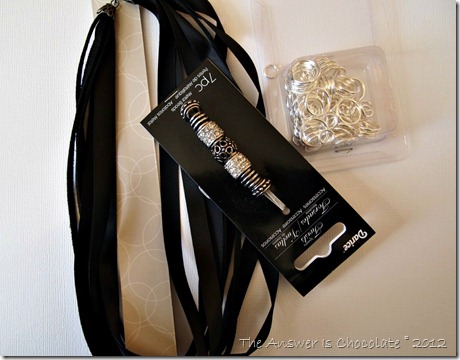 The Darice beads and jump rings I already had in my stash from one of those previous scroungy trips. This was super super easy to make.

I strung some of the biggest jump rings onto the necklace ( over all of the ribbons/cord). Added as many as I felt like which ended up being eleven. 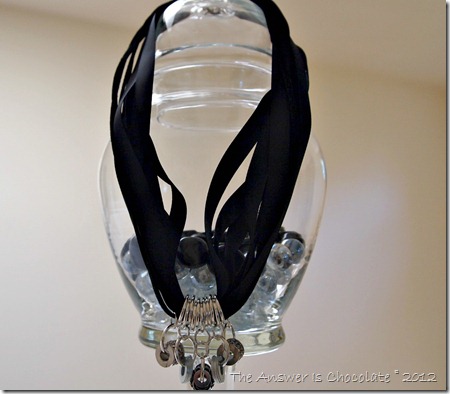 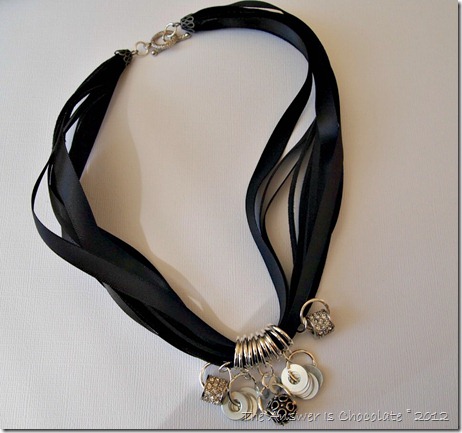 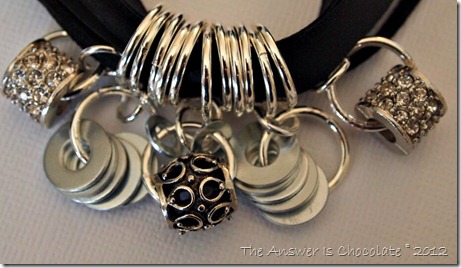 Posted by Carol, The Answer Is Chocolate at Wednesday, August 15, 2012

This is soooo pretty Carol!! I love the look of all the beads!

I really love this ~ great necklace!

That is so chic! And your fotos are awesome!

Adorned From Above said...

This is such a pretty necklace. I have a link party on Wednesdays, and I would love it if you would link this post. It is called Wednesdays Adorned From Above Link Party.
http://www.adornedfromabove.com/2012/08/pink-honey-beeswax-lip-balm-and.html
I hope to see you there. Have a great Day.
Debi Bolocofsky
Adorned From Above
www.adornedfromabove.com

I love this idea and that you used things from the clearance section.. I scrounge thru that section too and have found tons of great deals! And things to use for future projects..just lovely!

Carol. Have been having fun looking around your lovely blog. Will be lovely to see how you use your Blue Moon Beads in the coming months. So excited to be working with you. Clair x