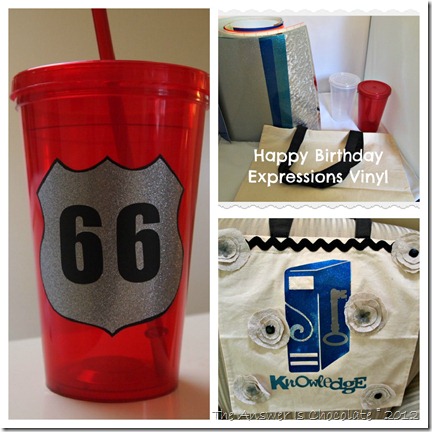 Expressions Vinyl is celebrating their birthday this week and I was very excited when they contacted me to play with some of their newest products as part of the celebration. I was even MORE excited when they said that one of my readers would get a chance to receive a similar box of goodies of their own.

I couldn’t wait to see what was inside the box when it arrived and they didn’t disappoint with a ginormous selection of their newest vinyls which included some incredible glitters, metallics, reflectives, frosted and even glow in the dark! Some sheets were 12x12 but most were 12x24.

They are also now carrying acrylic tumblers and sent a couple of those to play with along with a tote bag. Here’s some of the fun I had! 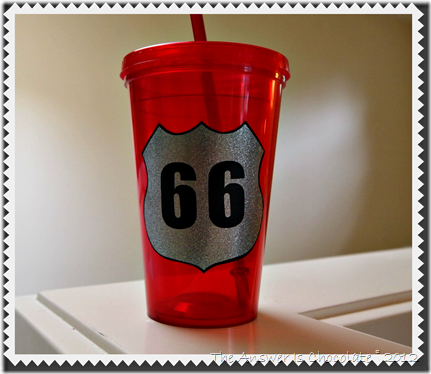 Mr. Chocolate loves cars, transportation, maps etc. I got the idea to make him a Route 66 tumbler he could use for iced drinks this Summer. I used the Expressions Vinyl in Mist Rainbow and Black and downloaded the sign from the Silhouette online store. 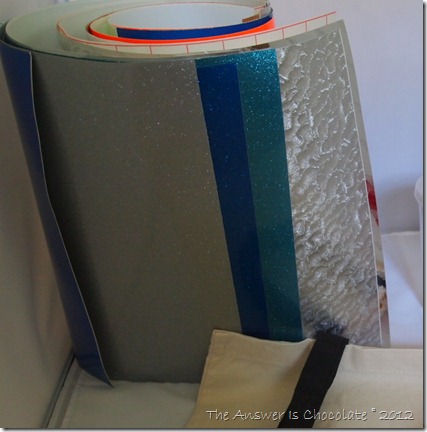 Not to be left out, College Boy, who is a huge Superhero and Comic geek ( his preferred term!) got a Batman tumbler , images also downloaded from the SIlhouette online store: 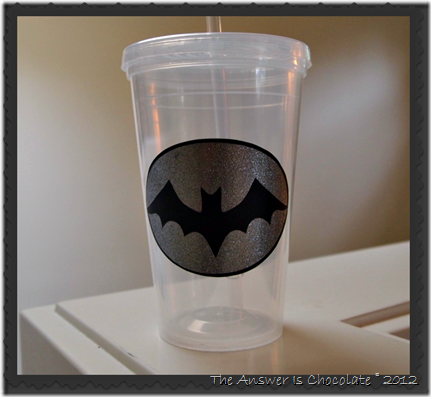 I just had decide what to make for me!

Also included in the box of goodies was a re-usable fabric tote bag. We’ve been hanging out at lots of used bookstores lately and in trying to be greener, I try to bring my own bags when I remember.

I got the idea to make a book themed book bag. Since my Cricut Expression has been feeling neglected, I used it to cut the images and used the Wall Décor and More cartridge: 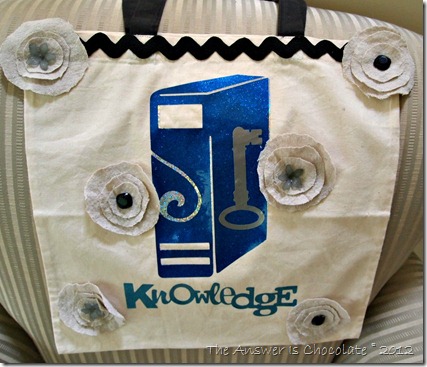 I’m lazy…didn’t even iron the tote.

For this I used more of the Mist Rainbow vinyl along with two colors of Glitter Ultra Cast: Blue and Mint. 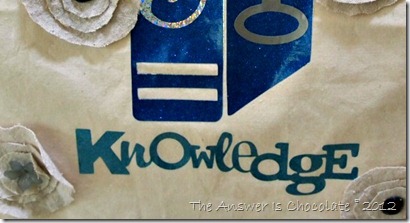 I also cut a key and the word “Knowledge”  ( I’m so corny…get it Books…learning…knowledge is key”.  Go ahead and groan. I did).


And, not content to leave simple enough alone, I freehand cut some layered flowers from drop cloth scraps and embellished them w/ buttons.

This vinyl is so easy to work with and cuts equally nicely on either the Silhouette Cameo or Cricut Expression. Expressions Vinyl is great because they have a settings guide on their website for digital cutters. Even if you don’t have a machine, you can easily draw an image or trace a template on the back and cut by hand.

OK now for the bestest part!

Expressions is giving one of my readers a chance to win the same box of goodies they sent me ! 2 Tumblers, a tote and a selection of awesome vinyl.  They will have a lot of fun things going on this week so you want to be sure and check out their site and FB page!

The giveaway will run from today, June 18 through June 24 with the winner announced June 25. To enter:
a Rafflecopter giveaway

Thanks for the giveaway! I have used Expressions Vinyl in the past and agree that they are great.

The tumblers are fabulous, CArol! Crafting for guys is so impossible - you completely aced it with those cute cups!

I ♥ all of those, especially the tumbler.

I love making wood signs! Ive made quite a few in the past few weeks

I love working with vinyl. It cuts so nicely and is very easy to apply.

I love to use vinyl to make boring walls beautiful! :-)

I don't have a machine but i love having my welcome sign for my door that was made for me! :)

I love making special and fun t-shirts for my three kids! They like that it can be personalized to their interests! This sounds like a great giveaway and it would be great to win this. Thanks.

Home decor pieces so that I can move things around without damaging the wall, etc.

I HAVE MADE WALL ART!! AND SHIRTS

How wonderful!! I just cut a bunch of wall quotes with my Cricut using Expressions vinyl over the weekend. I love them!

Expressions is my go to place for vinyl. So excited they are offering tumblers!!

I love using expression vinyl. It's so easy to use.

I was looking at Expression vinyls today trying to decide which ones to order! Thanks for the chance at the giveaway!

Made some cute floating frames for Christmas gifts!

I have been making lots of signs and stencils with vinyl lately. But today, I made 25 monograms for water bottles for a birthday party.

Vinyl is so fun to play with! I love making wall sayings/art for my kids and our living room. I could definitely use some new vinyl for my car. Your projects turned out great. Thanks for the giveaway opportunity.

Thanks for the giveaway! I love to make tee-shirts with the vinyl. I can't wait to try new tee-shirt vinyl from them.

I have a Tervis mug and an Ipad case that needs personlization. I am trying to figure out what to use. How will the vinyl do on the mug in the dishwasher?

OKay, can you explain how the vinyl stays on the fabric? so confused. is this the same vinyl type you used on the tumbler?

I love making things with my vinyl. I love personalized gifts the best!

I love to make tumblers and home decor with vinyl! So much to do!! ♥

I am loving the new glitter vinyl! I love expressions vinyl and your items turned out great!

I Gotta Try That said...

I love putting vinyl on everything. I just purchased vinyl from vinyl expressions and it works awesome!

Great projects!! Will be using some of these ideas for my daughters birthday coming up!

Thanks for stopping by my blog, Carol. You are too sweet! I am dying to do some glass etching by making vinyl stencils. Plus I want to make some little gifts for my co-workers.

I just used my cameo for the first time yesterday, so need to stock up on some vinyl! Im excited to make some signs and shirts for my kids! :-)

How do I enter the giveaway? all it says is
"To enter:

I really enjoy working with vinyl and tend to make lots of signs and soap dispensers. Thanks so much for sharing this giveaway. AJ@queenofmynest

I label everything in my house with vinyl. I've even done door decorations at Christmas time. Is there anything you can't use it for?

I love all the neat projects you created with the new vinyl. I can't wait to try some on my own. Thanks for sharing!

I love to make signs and things for my classroom.

I love to make original clothing and home decor!

OMG I have to pick just one?! I love using the vinyl to make stencils, and to decorate.....There are just so many wonderful uses!!!

I love making signs with vinyl.

I love to make wooden signs with vinyl!! Thanks for hosting the giveaway!