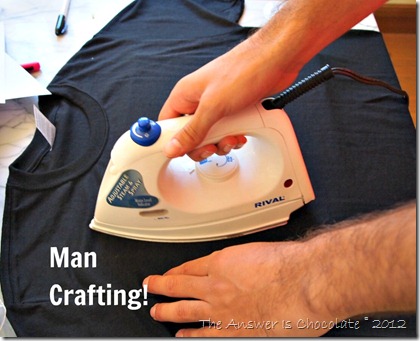 I’ve shared before that College Boy ( aka my son, for those who may be newer to the cast of characters around here) is a self professed comic geek. He proudly lets his geek flag fly!

The upcoming release of the movie “The Dark Knight Rises” is nothing short of an epic event. Christmas and Birthday rolled into one. The conclusion of the Christopher Nolan trilogy! OMG!  And one cannot go to an event of this import without the appropriate attire.

So college boy decided to make himself a shirt and told Craft-o-Mom here (politely) to back off! OK I was allowed to be on standby because there was bleach involved but he totally did this on his own. I was also allowed to use my 20% off total purchase Michaels coupon to procure the shirt.

He traced and cut the freezer paper stencil and ironed to the shirt. I offered to use CoCo, my Silhouette Cameo. “No thanks”. 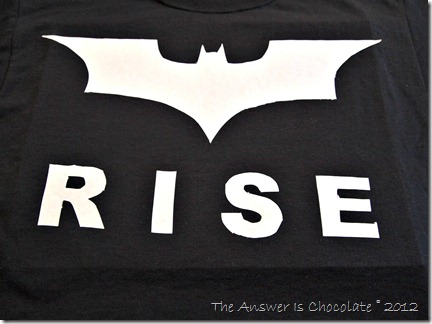 He mixed the 50% bleach 50% water mixture, and then sprayed all around the ironed on stencil. This is a project designed for random drops and splatters. 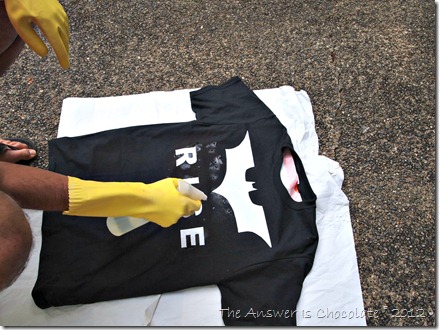 He put a garbage bag inside the shirt to prevent seepage. He dabbed off the excess bleach and water mixture: 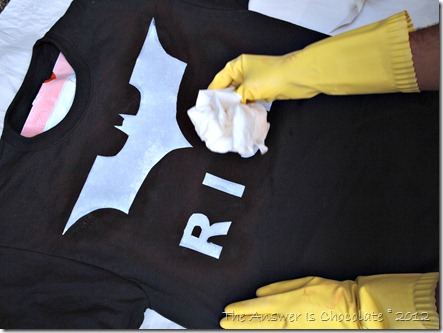 He waited patiently (and read comics) while the bleach did its thing. And now he has an appropriately gritty, industrial looking, vintagey, cool shirt to wear to the movie! 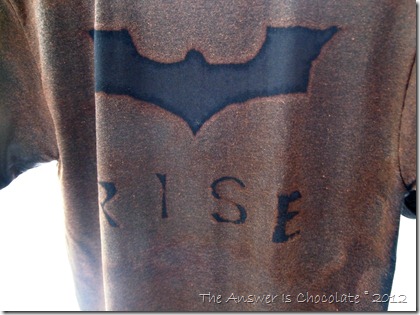