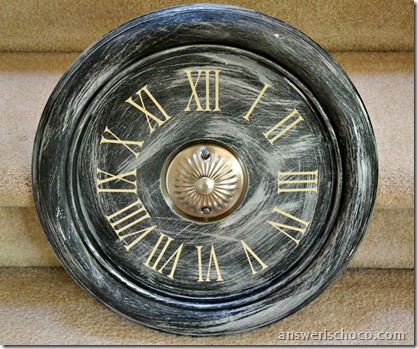 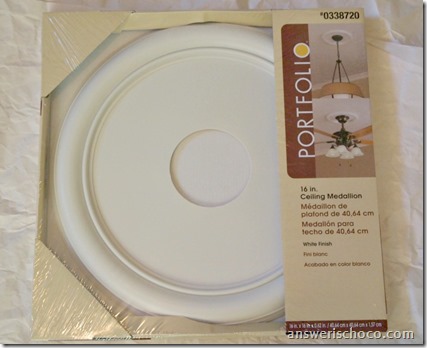 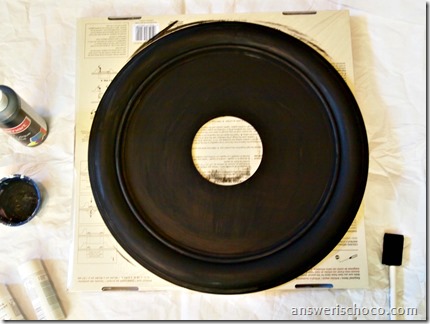 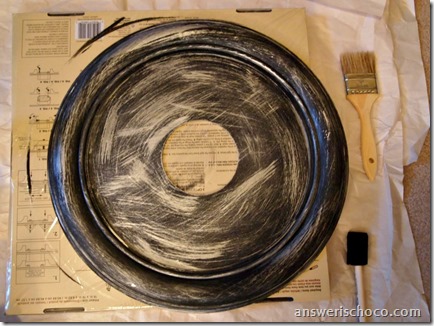 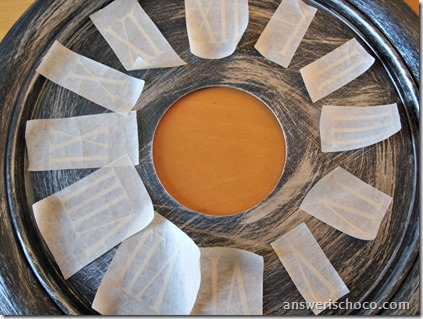 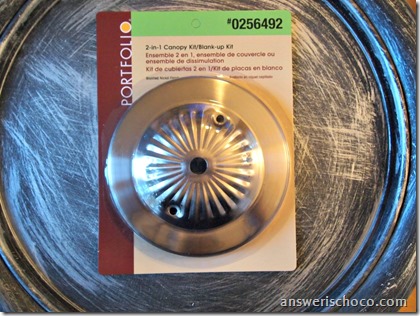 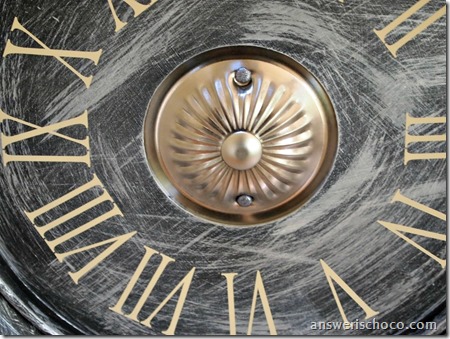 The BFF Open House Link Party is still going on if you’d like to link up here.
I know other people do this ( humor me and tell me you do!) ….pick up something because you see a project in it even if it’s not immediate? Like when I picked up an outdoor lantern at Lowes this Summer and only just decided what to do with it? 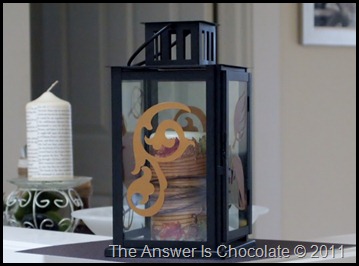 When Pick Your Plum had a great deal on metallic vinyl, I couldn’t help myself. Copper, gold, chocolate brown…Yes please! I cut out some designs on my Expression using the Accent Essentials cart and put on each side. 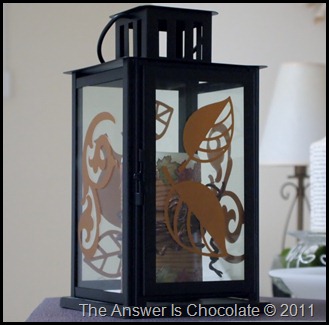 Cut out a flourishy thing and several leaves in different sizes. Of course I couldn’t leave the candle that would go inside just plain. Remember that wood grain contact paper from Dollar Tree I used on my Give Thanks charger?  Cut some of that and wrapped around a plain candle, then added some KandCo scrapbook borders of maple leaves from the Tim Coffey “Fall” package to the top and bottom. 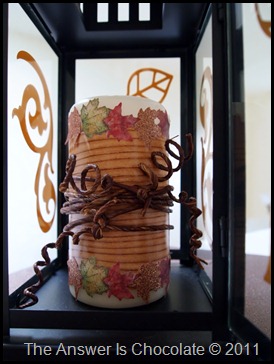 Finished that off with some wired bark ( an endless roll of which I picked up in the floral section of Michaels last year) . Not even sure if I’ll burn the candle ( unless we lose power on Thanksgiving which has been known to happen here in the PNW) . 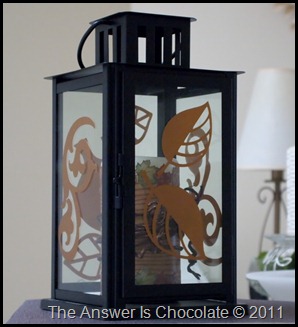 For now, it’ll just be part of my Autumn décor. But I also wonder if Lowes still has these because I see a Christmas idea in my head!

I went a little nuts over some Graphic 45 papers I found recently at a local stamp store called Impress. I love my finds at Michaels and JoAnn’s, but I also like to support my local independent retailers . Share the love. How gorgeous is this paper! 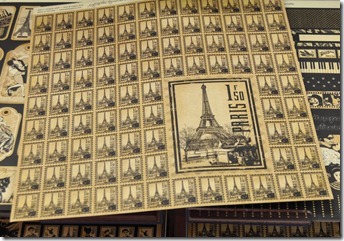 It’s a page of postage stamps of the Eiffel Tower with one larger image. I’d been in Lowe’s recently, making the Lowe’s people crazy like I do when I go there for stuff to not use for its intended purpose and bought some wood “plinths” I think they’re called.
I painted one with taupe and dry brushed with some white then Mod Podged a black and cream paper from Recollections Elegance paper pack on the back and part of the front. I cut out the largest image from the sheet and MP’d it on top. 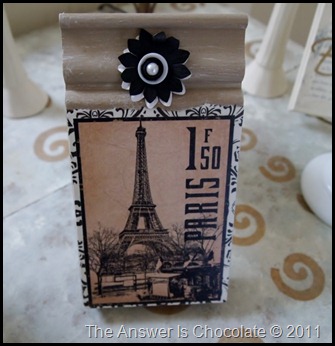 Didn’t even sand the wood because it was in pretty good shape and I wanted a rough look anyway. Finished the whole thing with black and cream paper flowers, buttons and a self adhesive pearl . OK one time where less is more. One. Time! 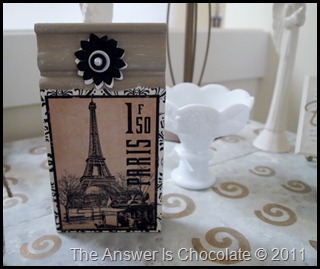 It’s on a hall table with a collection of milk glass and a few other altered pieces. 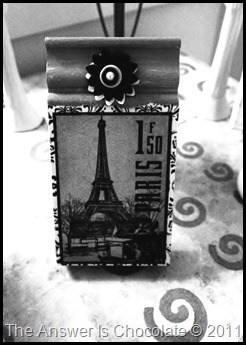 Also wanted to play with one of the Art settings on my camera!