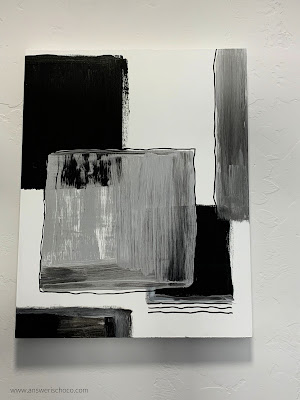 I've been having more fun with DIY Wall Art and exploring modern looks. The first piece I showed was for our second bathroom and this one is as well. The bathroom is a "Jack and Jill" with two entrances, but it's also split into two sides. The first side that I showed here has the vanity, sink, and cabinets. The other side has the toilet, shower, tub with black and white subway tiles which is what influenced this piece.
Supplies: 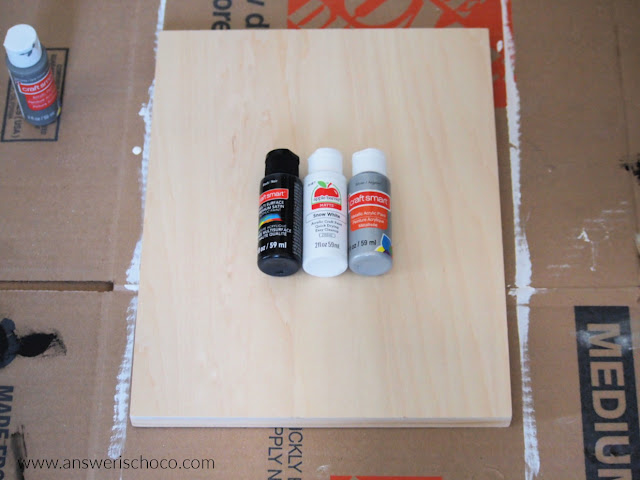 I bought a bunch of these wood art boards at Target when they were on clearance so I had them in my stash. You can get similar at Blick Art and I've also seen them at Michaels and JoAnn.  To start, I covered the board with a couple of coats of white paint (Apple Barrel Snow White). 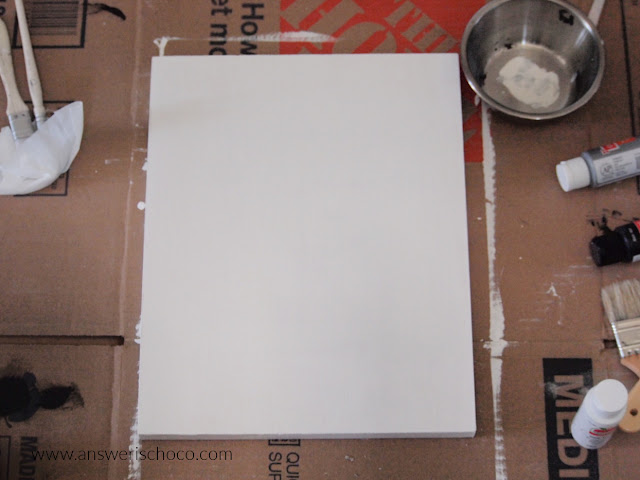 For this, I didn't want any of the wood bleeding through so I made sure to get a good opaque coverage. After that, I placed black paint (Craftsmart) dotted in a grid pattern, then used a paint scraper to rough out a rectangle. 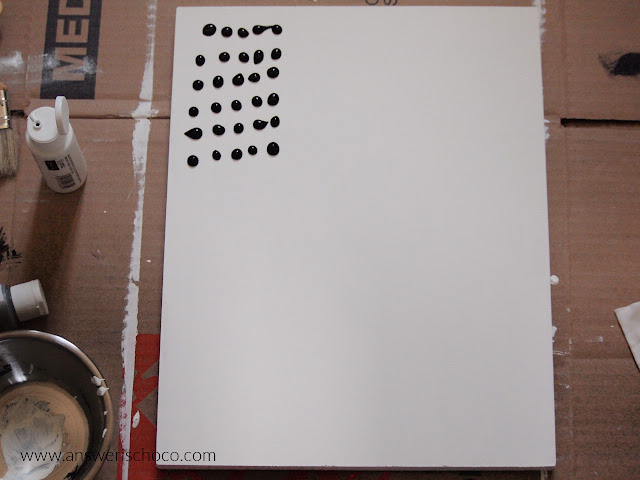 It doesn't matter if the grid is straight because you can even it out with the paint scraper and brush and it doesn't have to be perfect. Once dry, repeat the same process for however many other sections you want to do. 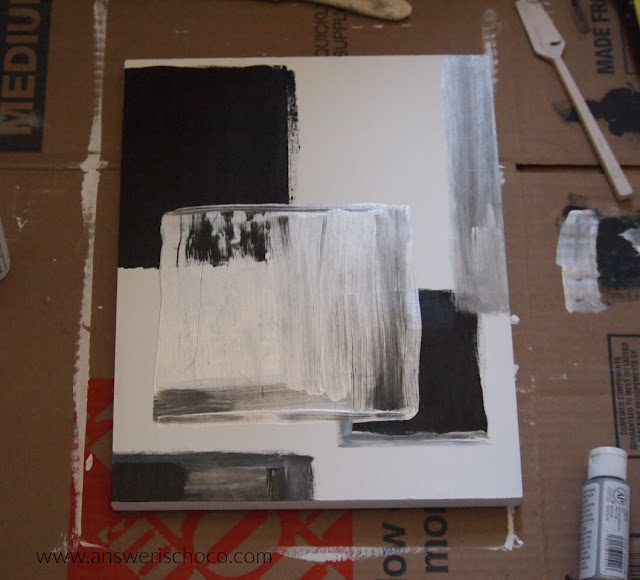 To finish, I once again used a black paint pen to outline and draw some squiggles. There's no right or wrong. Just what you like. 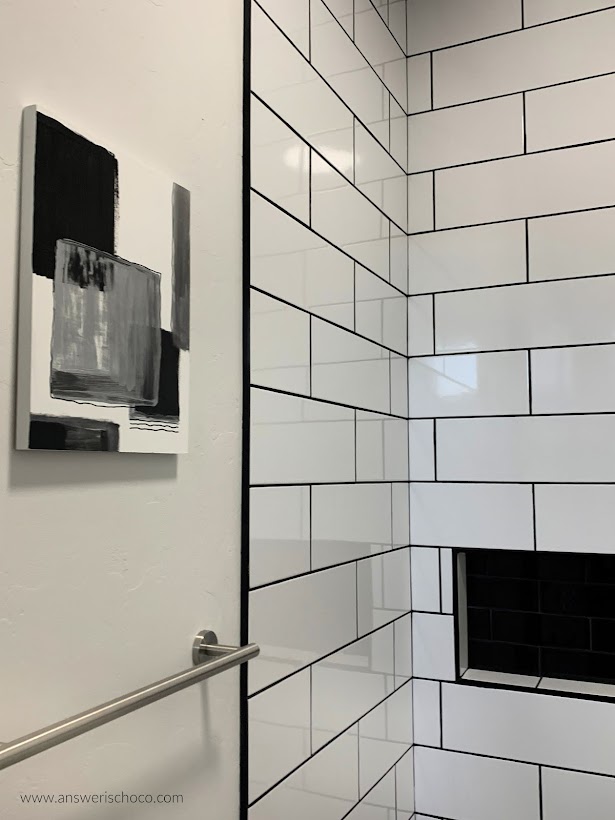 I think it picks up the tiles perfectly and also works with the shower curtain we put up! 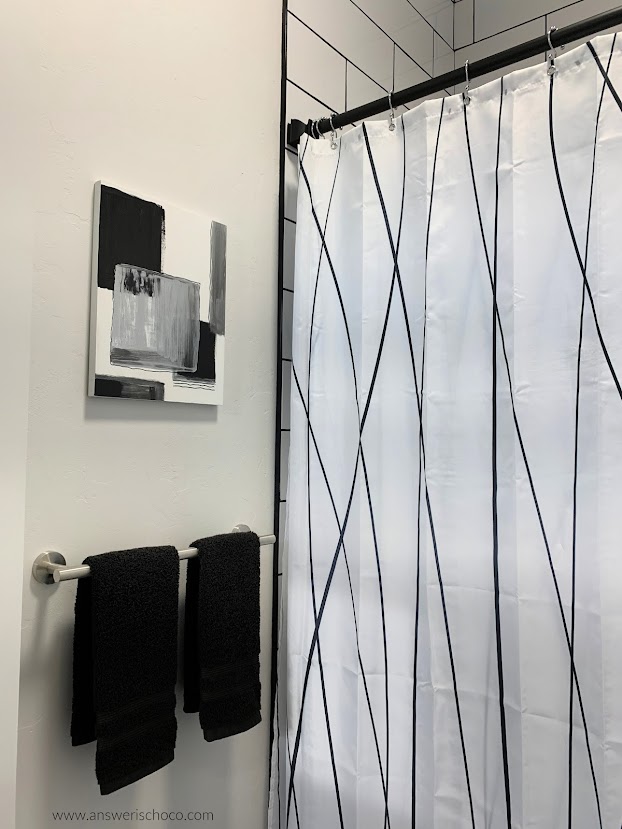 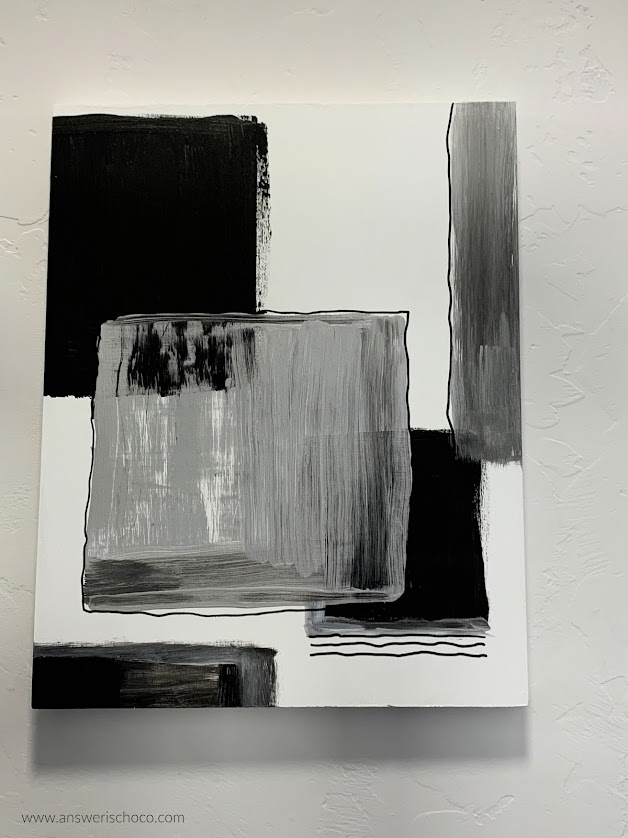 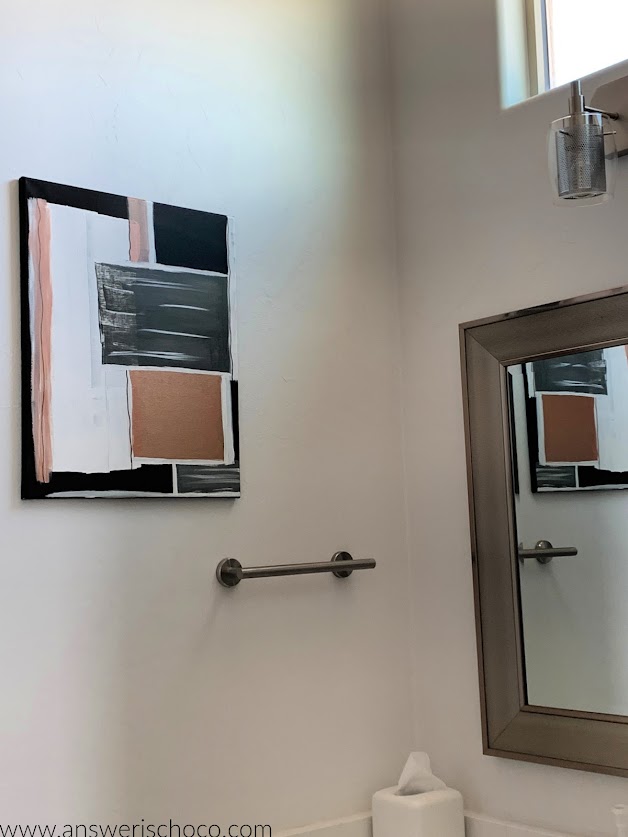 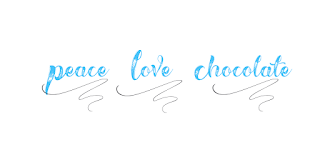 Two Chicks and a Mom said...

I love that bathroom redo! I sure need to spruce mine up a bit!