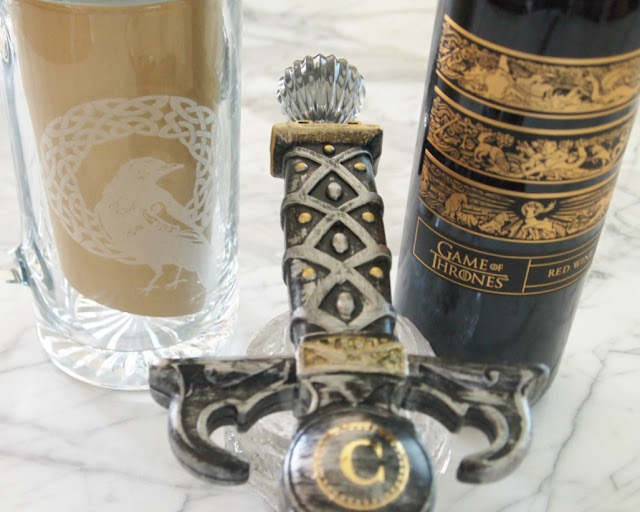 WINTER IS HERE! Well it is if you're a Game of Thrones fan like me. I wanted to have a little fun with the premiere tonight so I grabbed a bottle of Wine from Cost Plus to share with PhD boy since he's home and the other GOT fan in the house. That was going to be our prop for the show until he started going through some boxes of stuff from childhood and found a sword he'd gotten at a Disney on Ice show. 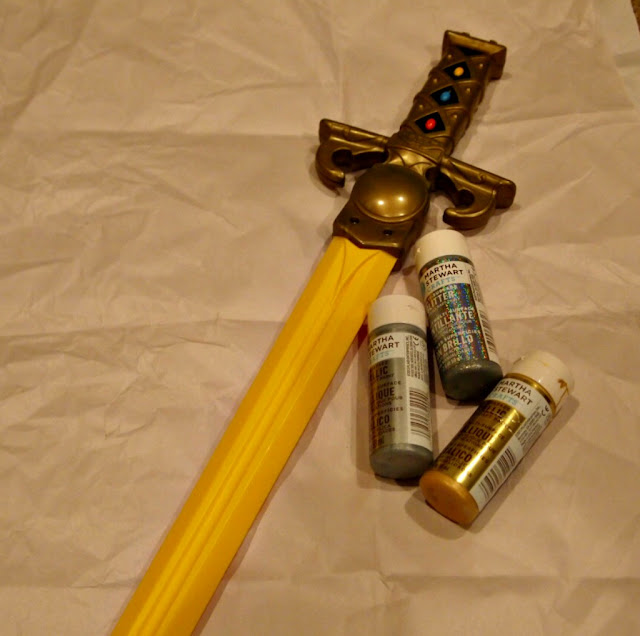 As soon as he showed it to me, I knew I wanted to do something GOT with it. It was either going to be epic or a craft fail! I am pleased to say I think it turned out on the epic side! 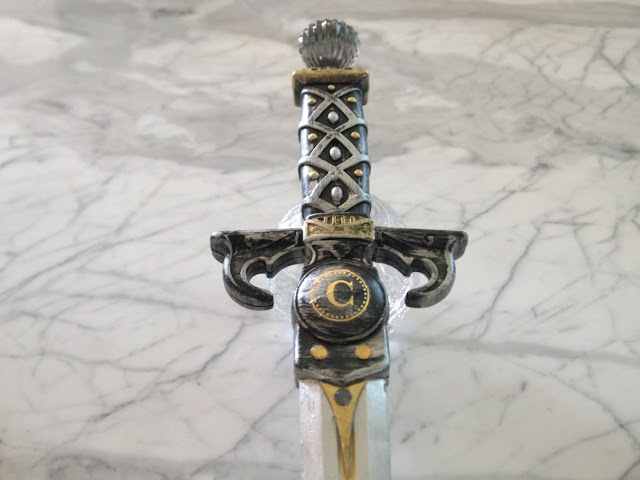 Since I wasn't sure which way it was going to go , I didn't take a lot of pictures as I was doing it. I painted the blade with Martha Stewart Sterling Silver, and the hilt with MS Black. Then I went over the center of the blade with MS Metallic Gold and Gold Glitter, and dry brushed the hilt with the silver. 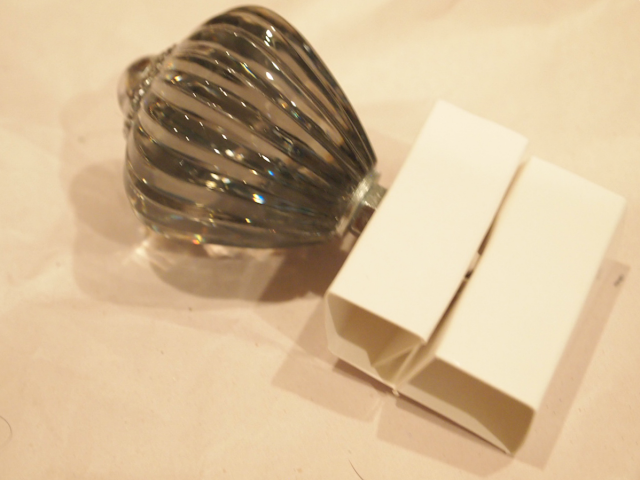 I had this knob in my stash and glued it to the top of the hilt.  I finished off the sword with some self adhesive rhinestones. I added a clear monogram sticker to the round part of the hilt. It was a pretty fast project! 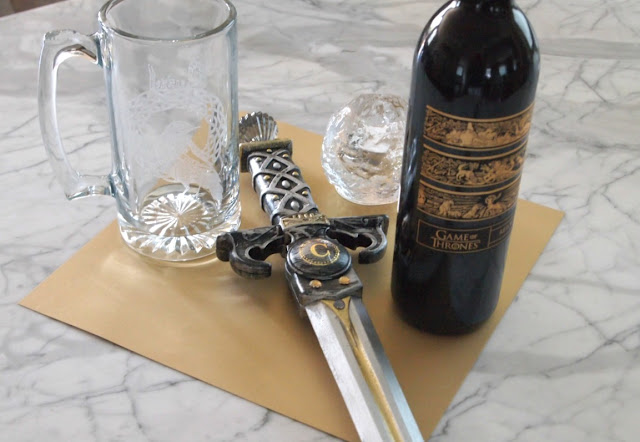 I've always had a thing for ravens and had this mug (don't worry...not filling it up with the wine!) that I'd picked up at an art fair so it was a perfect prop to include since ravens are a huge part of  GOT.

Just a little fun and a great way to transform something from my son's childhood into something we both enjoy now! Since all great swords have a name, we have named this one Truth Teller since PhD boy and Mr. Chocolate regularly tell me I can be rather blunt.

This is really cool:) I'll show it to my husband. We had fun creating a Fire and Ice inspired dessert with the new Bend the Knee Golden Ale - would have loved having this beautiful piece as a prop for the photo shoot!

Love it! What a cool way to upcycle something from your son's childhood.