I’ve been in and out the last couple of weeks as we’ve been finalizing college plans for our son. Last minute visits and decisions. But I managed to squeeze in some creative fun too! One trip was to Southern California and I was determined to get to the LA Fashion district after reading Jamielyn from I Heart Naptime w/ Chocolate Sundae’s post about her trip not long ago. Her trip sounded like so much fun and let me tell you it was A-MAZE-ING! I put that MAZE pun in there because this place is WILD and it is a maze. Multiple blocks of store after store after store filled with anything and everything you could ever need or imagine. Fabric, crafting items, notions, buttons, ribbons, beads. They have a whole website just for the fashion district: http://www.fashiondistrict.org/ 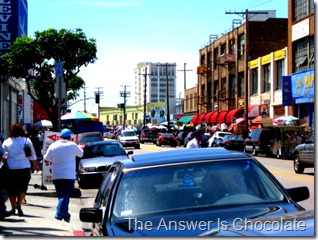 I also used that word because if you watch the TV show “The Amazing Race” ( which we love) it was like our own version. We were dropped into this wild place without a clue box  and away we went.

I had to be good because 1.) we flew, and I was NOT about to hear about it if my suitcase was overweight and 2.) this was not exactly Mr. Chocolate’s cup of cocoa and he was a major trooper getting us there through some crazy traffic. But he knew  how badly I wanted to visit so thank you again sweetie! I was so overwhelmed, I didn’t take too many pics while we were there . Two places I LOVED were Michael Levine with two locations one opposite the other on the same street…one has general craft items ( TONS) and the other has fabrics and notions ( TONS). 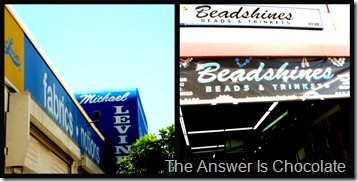 There were so many fabric and notion stores it was overwhelming. There were also a bunch of bead / jewelry stores but I wandered into one called Beadshines that you might say I took a shine to. Here’s some of the yummy goodness that made its way into the suitcase: 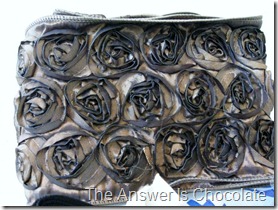 Chocolatey rosette ribbon from Michael Levine. No clue what I’m going to do with it yet but couldn’t resist it. 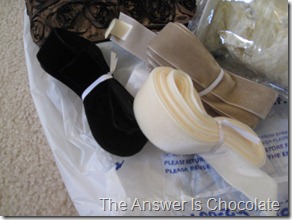 Also got these neutral velvet ribbons…I am planning on making bookmarks with beaded ends from these. Also from ML. 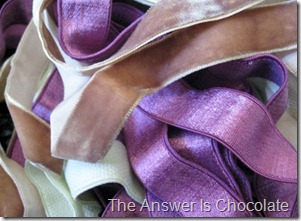 I bought several yards of these different colored velvet ribbons at another store for $.50 a yard! At this great store called Maple Craft, I found these gorgeous paper flowers: 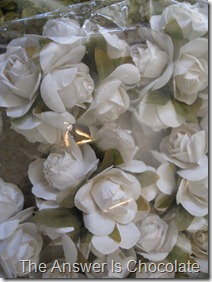 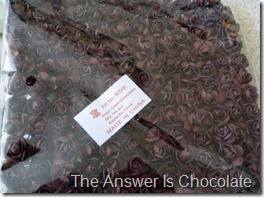 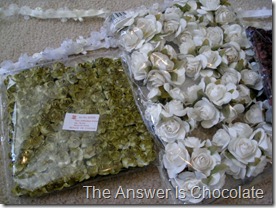 There are hundreds in each and they were $3, $4 a package. I also found this beautiful metallic tulle for $1 a roll: 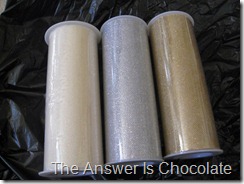 At Beadshines, I had to restrain myself because I have a bit of a stash problem as it is but I couldn’t resist these: 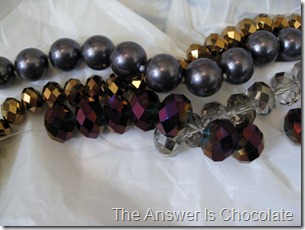 Strands of metallic crystals and faux pearls and these fun inexpensive packages: 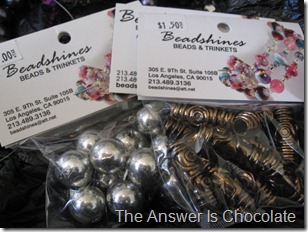 of goodies that will be fun to incorporate into jewelry or mixed media projects. Restraint was HARD! I could have spent a lot more time and money there so it was probably good that Mr. Chocolate and his brother were with me because had I gone by myself, I’d probably still be there!

If you ever get the chance to make a visit here, do it! Be prepared to be overwhelmed!

Have been sitting here ooohing and aaahing over your beautiful buys. It will be so diffult to use them as am sure you will just want to gaze at them........ Annette x

Sooooooooo glad you had a great time! I got the exact same trim from Michael Levine! I got it in chocolate and a wine color! I could have stayed in that store all day!

Have a fab week my dear!
LuLu~*xoxo

You found some wonderful stuff! Love the rosette ribbon-love it...

I'm so jealous! Glad you had such a fun time!

AH SO fun! I'm so glad you had a great trip. Looks like you got some fun stuff! I love that place... and I to could spend days there! I don't think I even got into half the stores! lol

I do love it down there, but don't go too often or my house would be unlivable!